The start of the 1958/59 season was an extremely eventful one for Grimsby Town. Division Two was a highly competitive league, with a number of teams believing themselves to be worthy of higher status. Fans knew that the Mariners would have to be at their best to avoid the drop.

Early season performances boded well; a 3-3 draw at Liverpool on the opening day and seen Town place Jimmy Fell in goal and after an injury to Clarrie Williams. These being the days before substitutes, the Mariners won the point with just ten men.

Lincoln (4-2) and Middlesbrough (3-2) were swept aside with a breathtaking display of attacking football and being unbeaten before their visit to Sincil Bank; the Mariners were amongst the division’s frontrunners.

A haul of 10 goals already showed that Town had the firepower, but seven goals against told its own story. The blue touch paper had already been lit in an eventful outing at Blundell Park just a week earlier, but even the most imaginative fan couldn’t have wrote the script for this one.

The Mariners got off to a nightmare start and were two-down inside seven minutes. Bert Linnecor opened the scoring within a minute when his mis-hit cross floated over the head of stand-in Town ‘keeper Alec Bell. 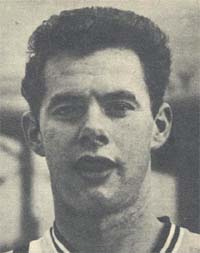 Ron Rafferty’s first contribution of the game was an instant response, looping a header onto the Imps’ crossbar.

Bell was soon picking the ball out of the Mariners’ net again though. Seven minutes had elapsed when Jack Grainger was left unmarked from a free kick to slot home from close range. The visitors now faced an uphill struggle.

The Mariners were in desperate need of someone to pull them out of the mire. Former Portsmouth man Rafferty was renowned for his heading ability and on this night he would stand head and shoulders above every player on the field.

Town huffed and puffed in the first half, but it was the might of Rafferty that would eventually blow the Lincoln house down.

With 26 minutes on the clock the Mariners capitalised on some shoddy Lincoln defending. Johnny Scott whipped in a cross that was dropped by Imps’ stopper Mitchell Downie. Like all good strikers Rafferty was on the spot to give his side a lifeline.

Town failed to build on this and were on the back foot for the remainder of the half and were dealt a severe blow before the break.

Bell was again troubled by a cross, which he needlessly fumbled out for a corner. The ball was eventually cleared to Lincoln left back Don Dykes almost 40 yards out. The Imps’ stopper took a touch and hammered in an unstoppable drive from distance to give the hosts a 3-1 half time lead.

There was worse to come just four minutes after the restart. The Town defence parted ways, allowing Charlie Withers to burst through the centre. Bell did well to parry the shot, but had no chance as Grainger lapped up the rebound to send the majority of the 19,759 crowd into raptures as the home side now led 4-1.

The Mariners were in desperate need of a spark, and the turning point came on 67 minutes when former Everton star Don Donovan crashed a long range effort against the crossbar.

Town sensed there was a way back into the game and they were right; 20 minutes remained when the visitors scored their second. It was a wonderful team move involving Bell, Donovan and Mike Cullen.

Rafferty was brought into play and he switched the ball to Scott before moving into the area. Scott again picked out the South Shields-born front man who finished with some aplomb. 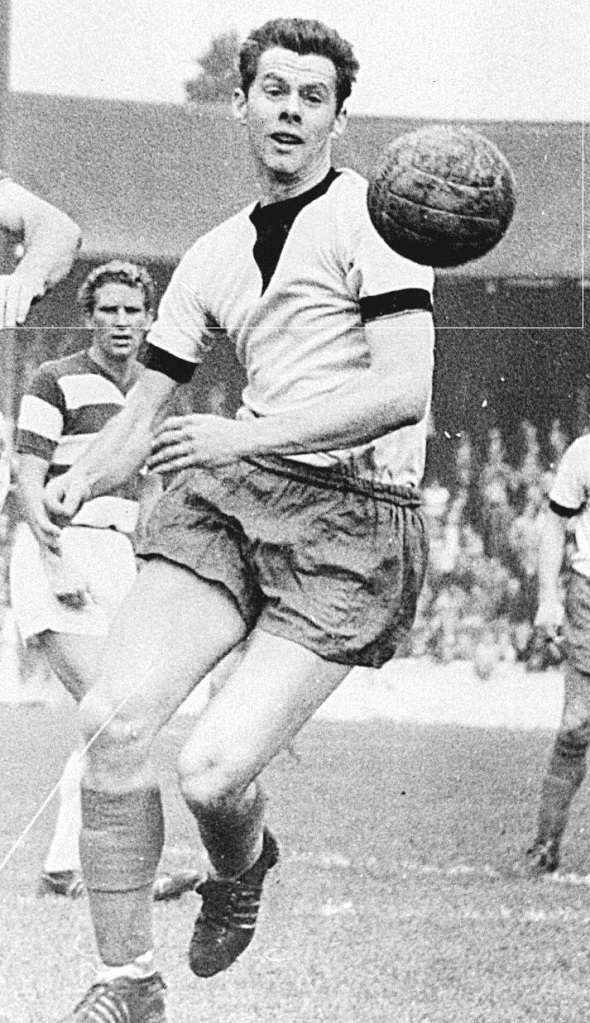 Town’s tails were up and City were reeling under the pressure, and with 14 minutes left Rafferty completed his hat trick. Cullen pulled the ball back from the by-line and Rafferty was on hand to poke the ball home.

There was a nervous tension sweeping through Sincil Bank, and as City players buckled, Rafferty had one more weapon in his arsenal.

Scott was again the provider with another pinpoint centre, and Rafferty rose highest to drag the Mariners level.

For the final 20 minutes Town had simply engulfed their county rivals who simply could not cope. Prior to that, the Imps had caressed the ball around the field like a side full of confidence.

At the end of 90 minutes the two teams exited having produced one of the most memorable Lincolnshire derbies in history.

Rafferty would come back to haunt the Imps two years later when he netted an astonishing six goals in an 8-3 demolition of City at Blundell Park in the Lincolnshire Senior Cup.

This site uses Akismet to reduce spam. Learn how your comment data is processed.